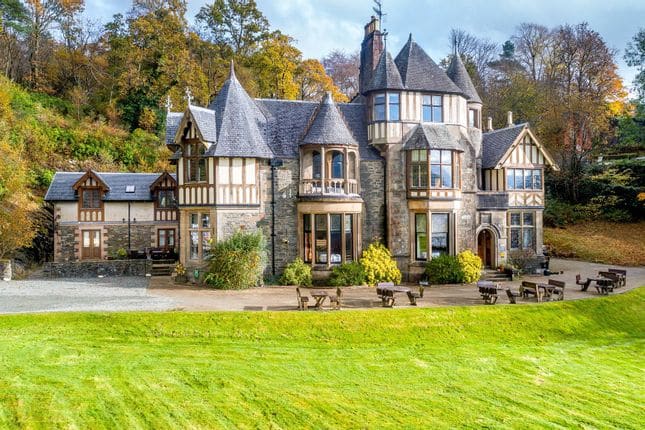 About This 1846 Knockderry House In Helensburgh Scotland

Knockderry is a superb example of a William Leiper influenced country house hotel. Whilst currently in operation commercially with 15 stunning bedrooms, the property’s layout and accommodation is incredibly versatile and could easily be returned to its former splendour as a privately owned mansion house.

The features throughout, given the architectural heritage, are naturally most impressive. Magnificent wood panelling, decorative ceiling roses and cornicing, handsome fireplaces and beautiful bay windows are just a few of the features displayed throughout the property. The room proportions are generous and with equally well-proportioned windows the property is bright and airy; combined with warm tones of oak and mahogany and numerous open fires, the property has a wonderfully comfortable and soothing ambiance as well as a pleasing period elegance.

Every bedroom is accompanied by a well-appointed bathroom, with a number of roll top baths, slipper baths and spacious shower rooms.

Externally the property is very striking in appearance with a stone and timber finish, a slate roof, and numerous turrets and spires; it is an exceptional and imposing mansion sitting centrally within its own grounds. To the front and side of the property there is a sweeping gravel driveway and courtyard bordering a large expanse of lawn with views across to Loch Long.

Knockderry is enchanting and inimitable and presents a truly unique opportunity for the next occupant to begin the next chapter in its proud history.

Although there has been a dwelling of some kind on the site for centuries, Knockderry House itself (meaning hill of oak’ in Gaelic) was originally built around 1846 as a summer retreat. Acclaimed Victorian architect William Leiper later designed major extensions to the building in the last decade of the 19th century adding considerably both to its size and to its architectural interest.

The work, commissioned by the then owner, wealthy Glasgow cotton merchant David Anderson, gave Leiper freedom to experiment, and the resulting distinctive mixture of turrets, balconies, dormer and bay windows can be seen today. For the interior decoration a unique mix of talented designers, namely Daniel Cottier, J Gordon Guthrie (Guthrie Junior’), Jekyll and Leiper himself, were responsible for the very fine examples of stained glass, woodwork, and fireplaces which can be seen throughout the building. 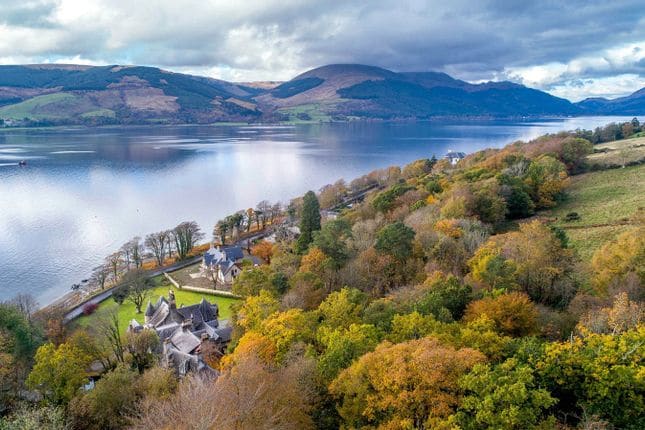 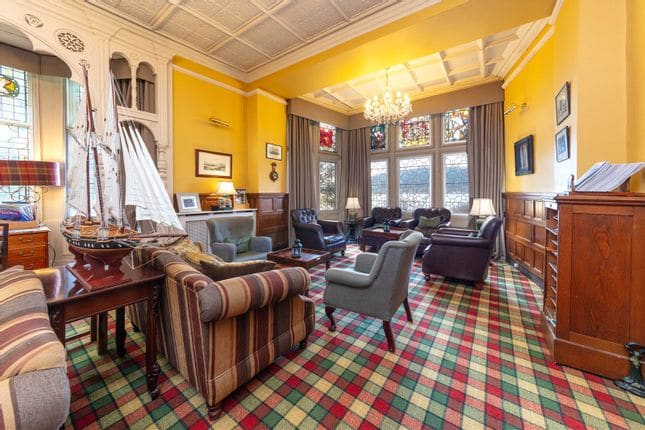 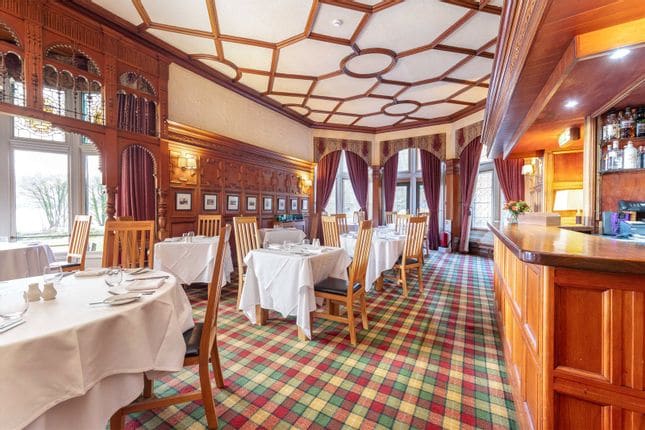 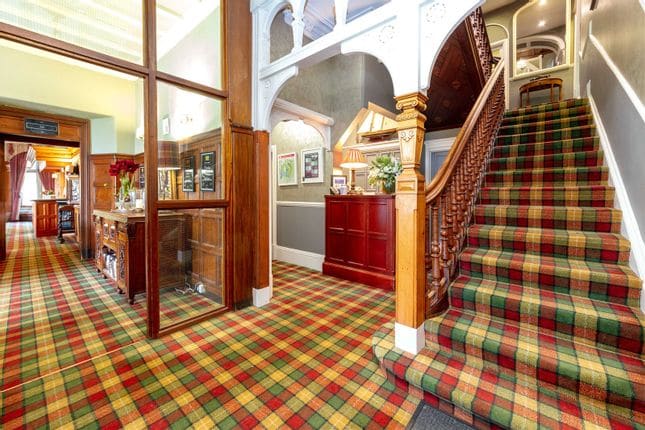 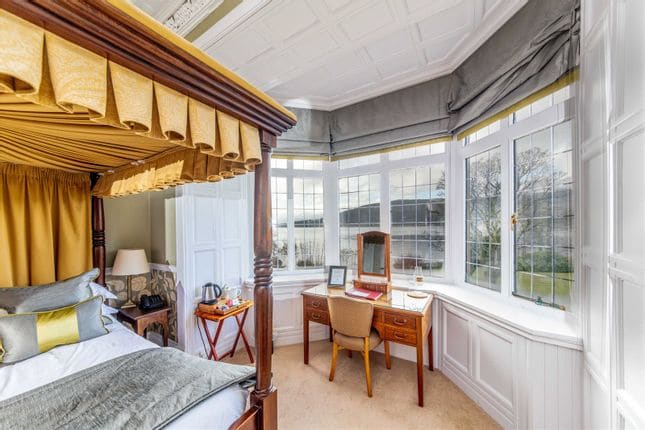 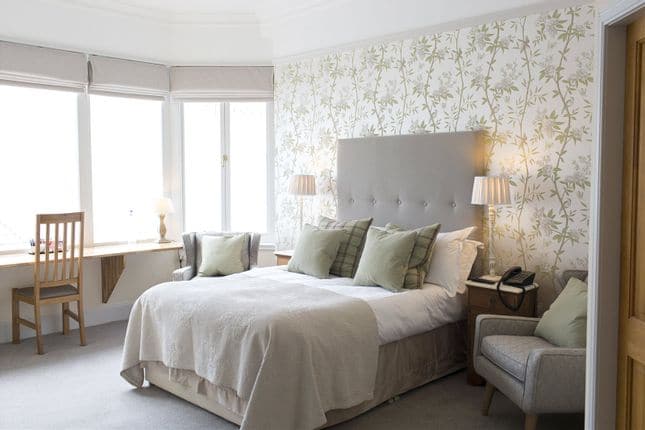 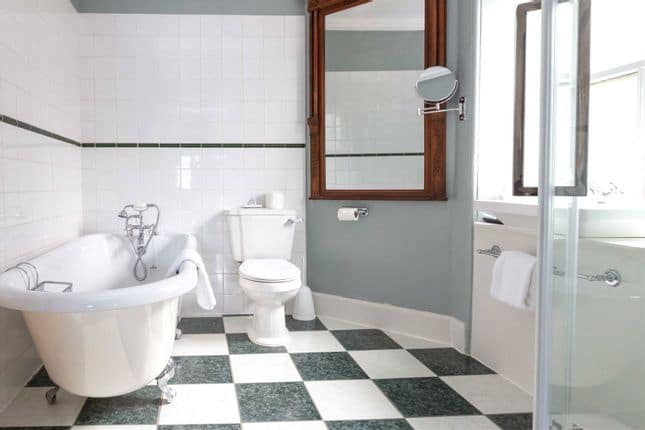 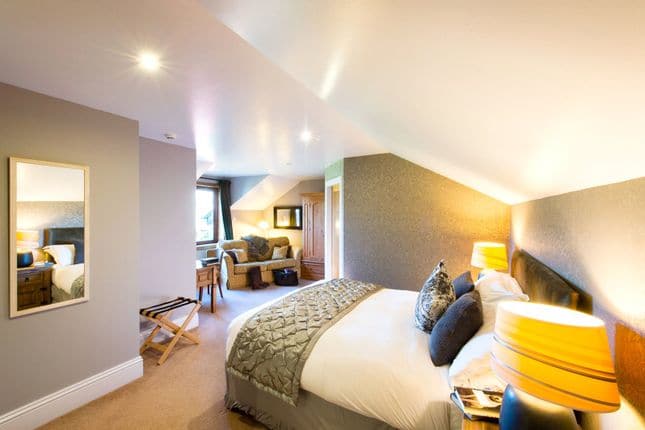 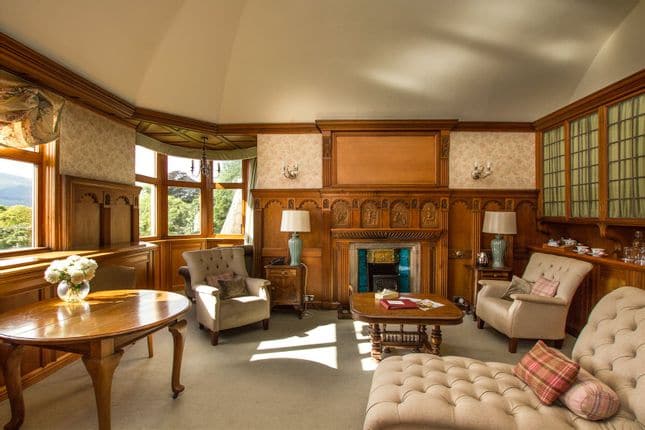 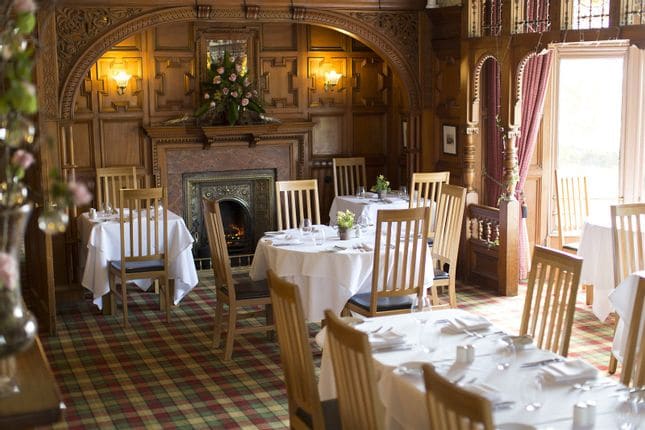 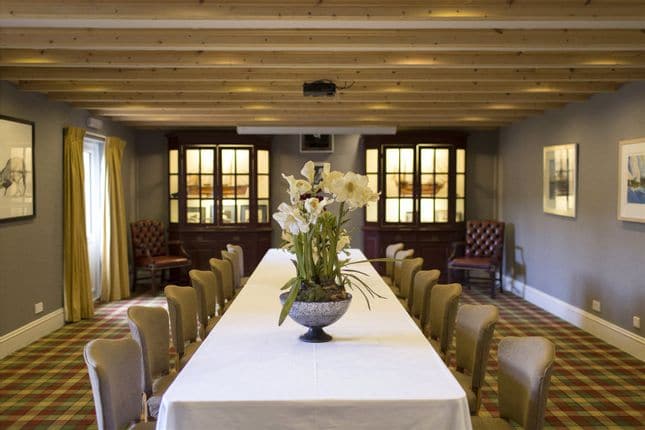 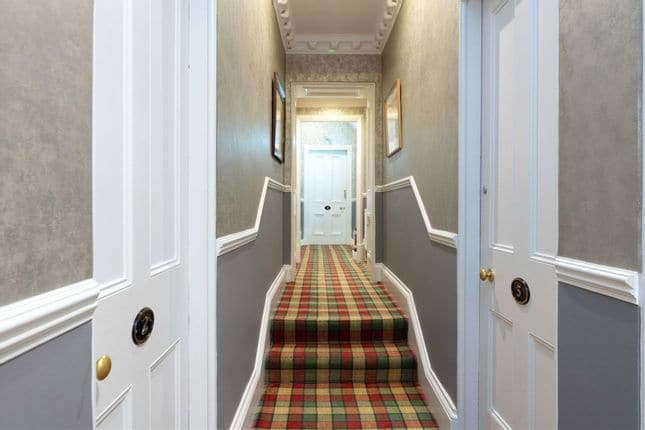 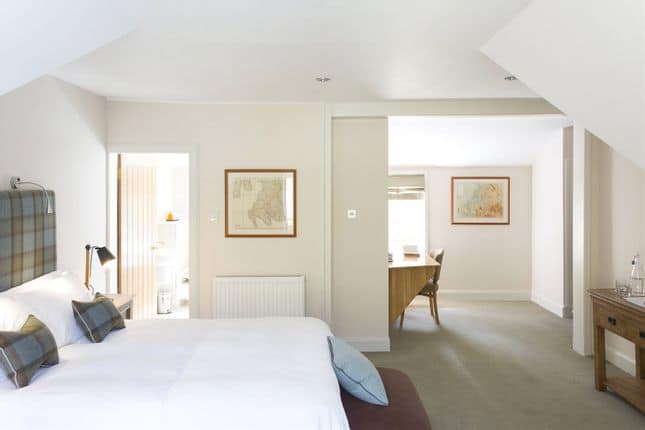 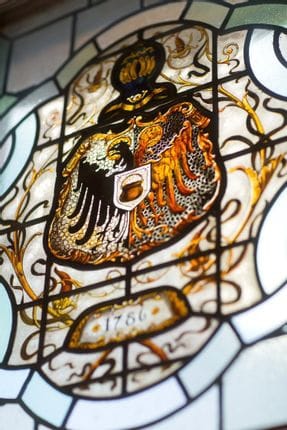 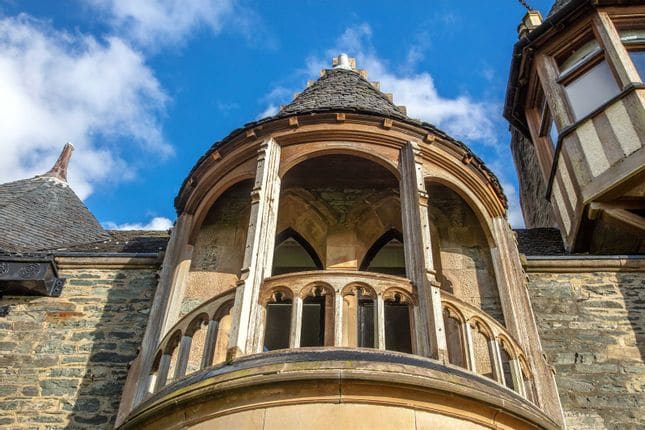 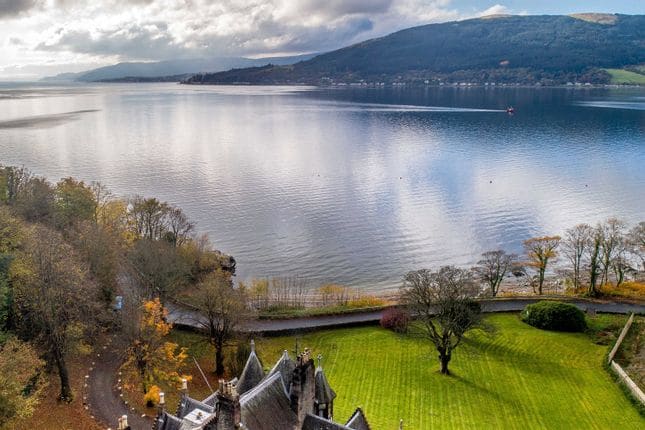 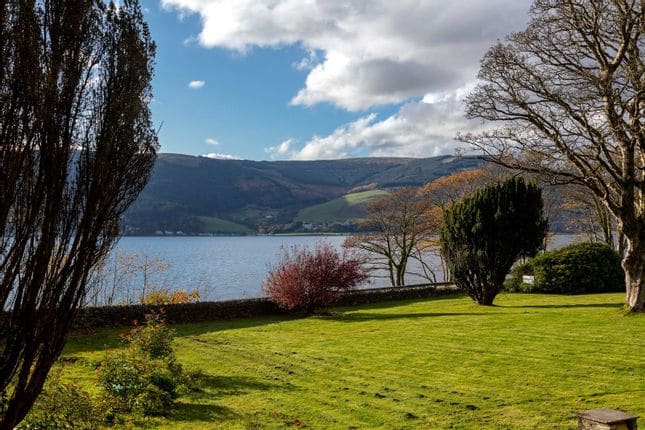 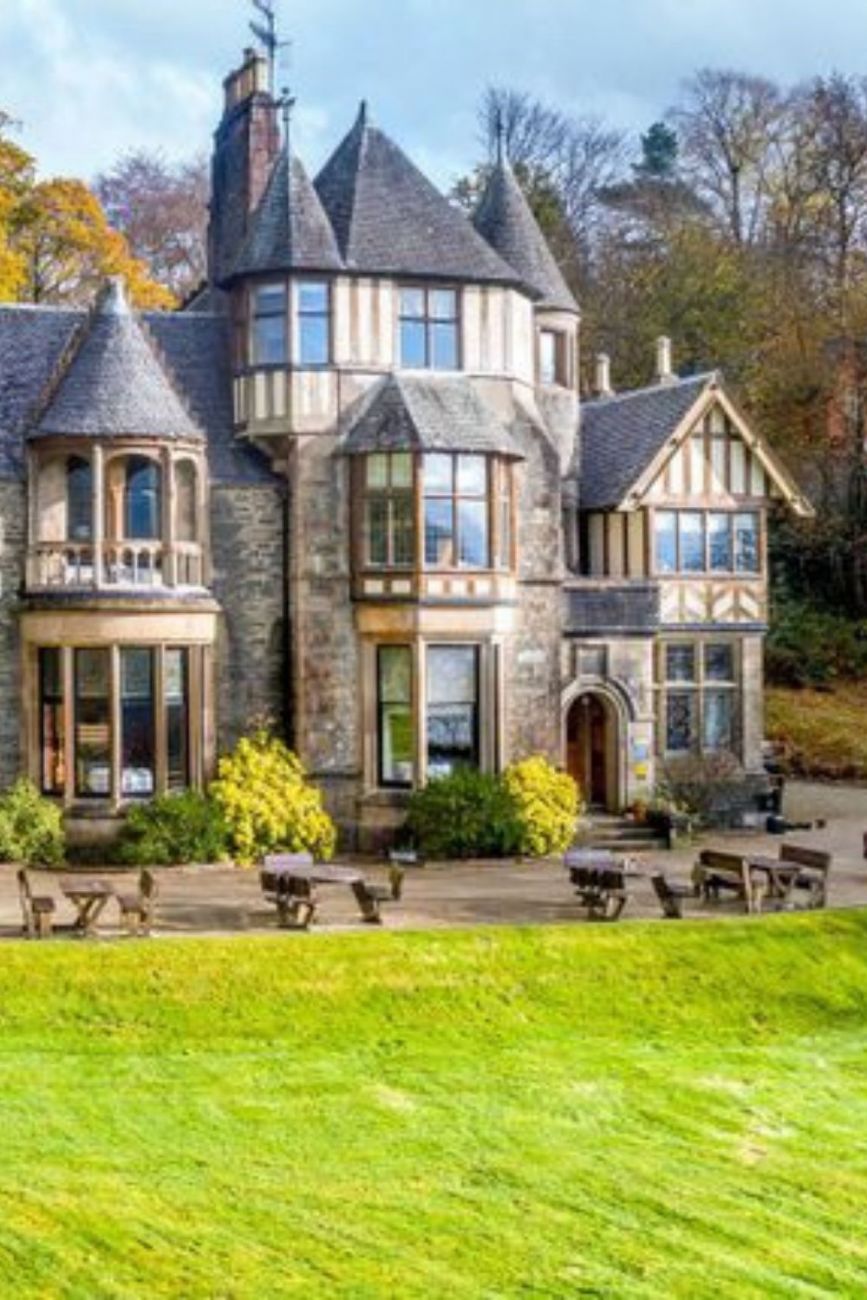 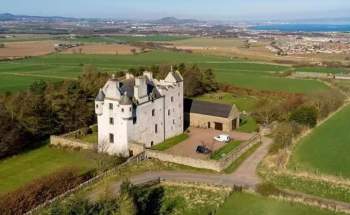 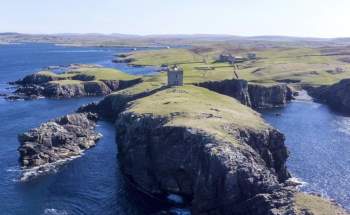 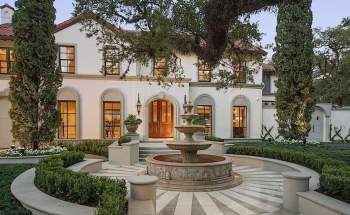 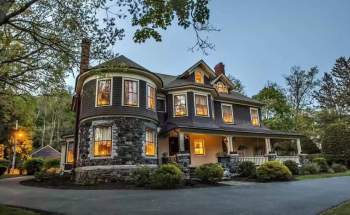 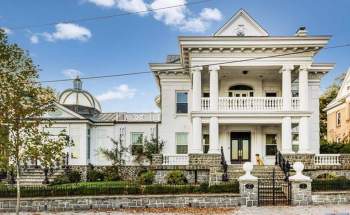 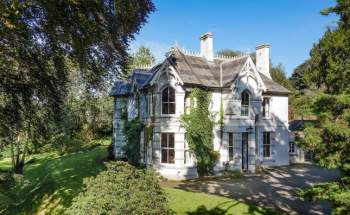