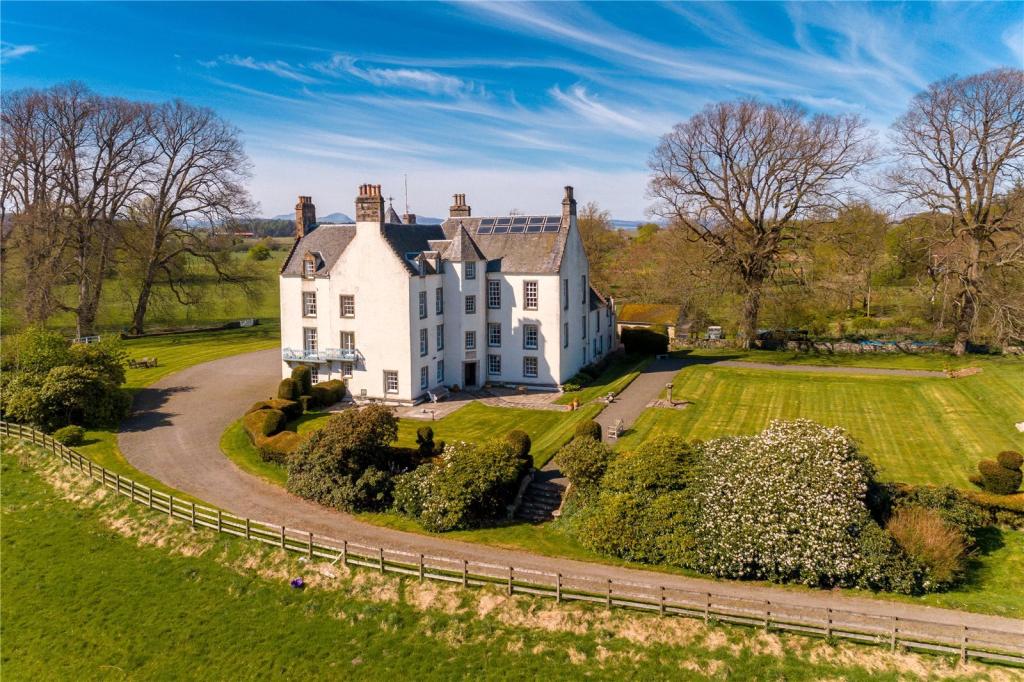 About This 1768 Auchenbowie House For Sale In Stirling Scotland

The lands of Auchenbowie were bought by Robert Bruce, Provost of Stirling in 1555 from the Cunninghams of Polmaise. Robert Bruce commissioned the building of a substantial laird’s house, which forms the basis of the house today. The Auchenbowie House Bruce created incorporated a L-plan tower house. The house was extended and remodelled again in 1768 and in the 19th century. No defensive features were retained.

At the end of the 17th century one of the Bruce family, Captain William, killed Charles Elphinstone in a duel and had to flee the country. In 1708 Auchenbowie passed by marriage to the Munro family. 1787 saw a visit by Scotland’s greatest poet, Robert Burns. He wrote in his journal of dining with the Munro of the day.

The present day house has a magnificent façade to the west with a hexagonal stair tower with battlements above the front door. There is a second doorway with a tower above to the south east opening into the garden.

The house is three stories plus an attic under steep pitched slate roofs with crow stepped gables. A feature of the house is its large windows on all floors. There is a balcony outside the south facing principal bedroom.

Internally the accommodation is bright and spacious. Many period features such as fine fireplaces and ceilings in the Adam style remain.

The interlinked stairway and reception halls are in the heart of the house with a vaulted dining room and large well equipped kitchen off. There is a first floor drawing room and billiards room with a panelled study on the second floor. There are nine bedrooms in all, served by four bathrooms.

The staff and domestic accommodation to the rear is two storey. The staff flat has three bedrooms. There are stores arranged around an inner courtyard.

To the west of the house is a large gravel sweep with lawns around and a low wall separating off the parkland.

The formal gardens are to the east and comprise a flagstone terrace and lawns above. The stone sundial is aligned with the gates in the garden wall. There are topiary yew hedges, ornate stone walls and gate pillars and a hard tennis court.

There are paddocks to the south and west of the property. There is a long tree lined drive to the east. 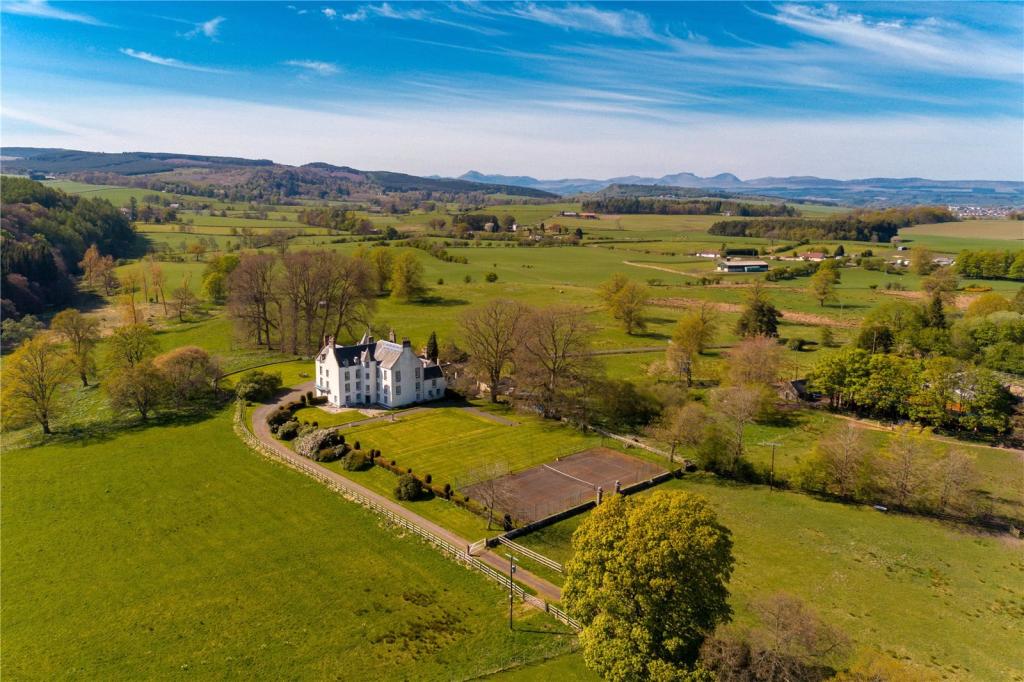 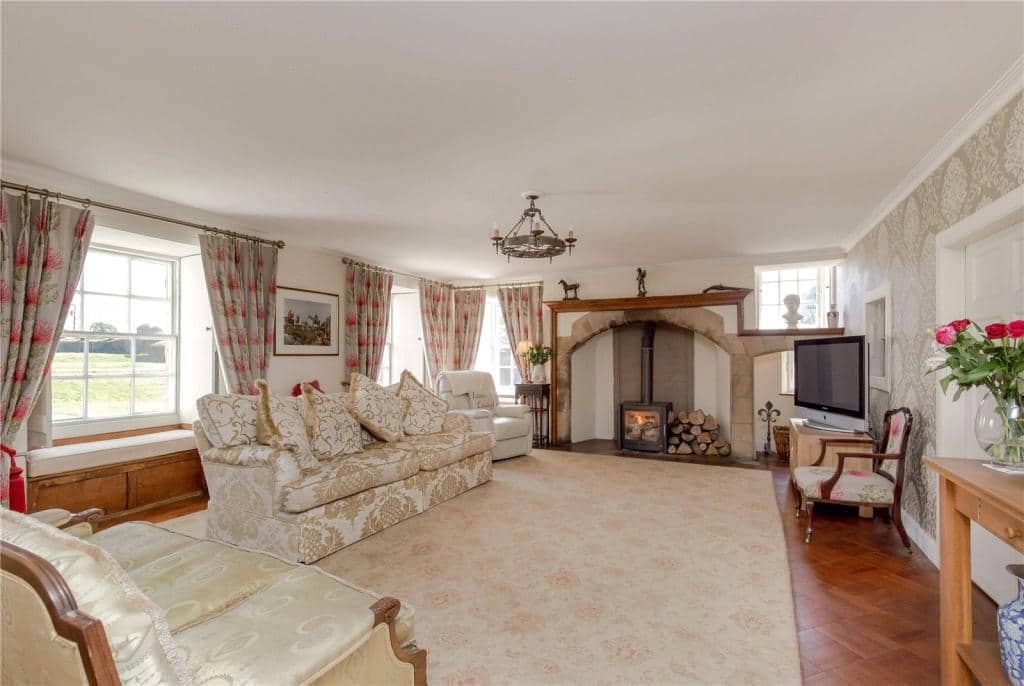 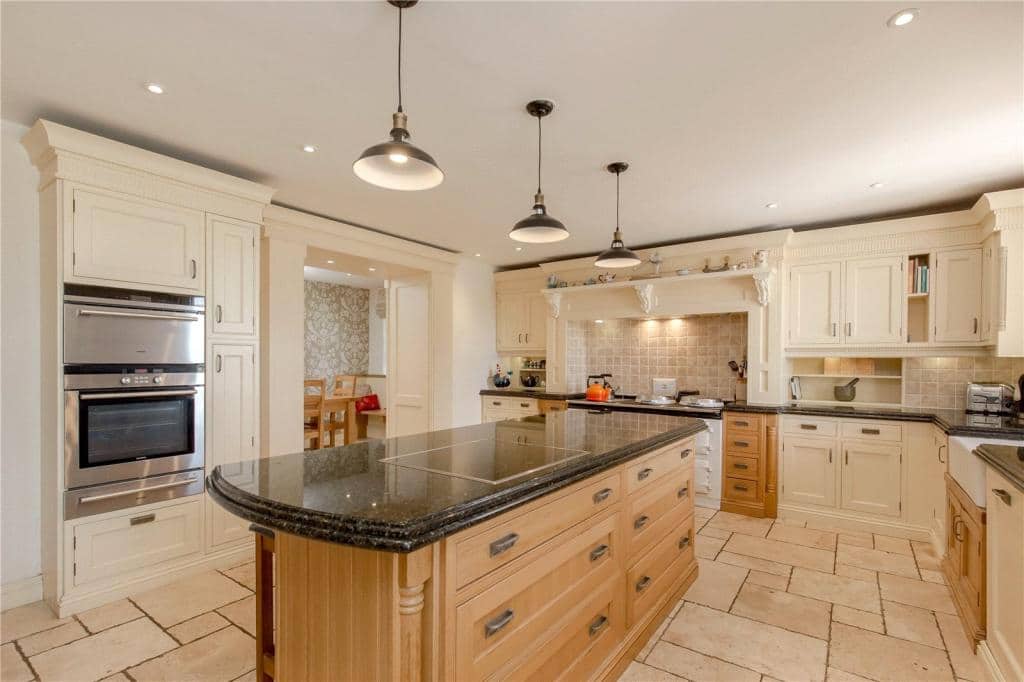 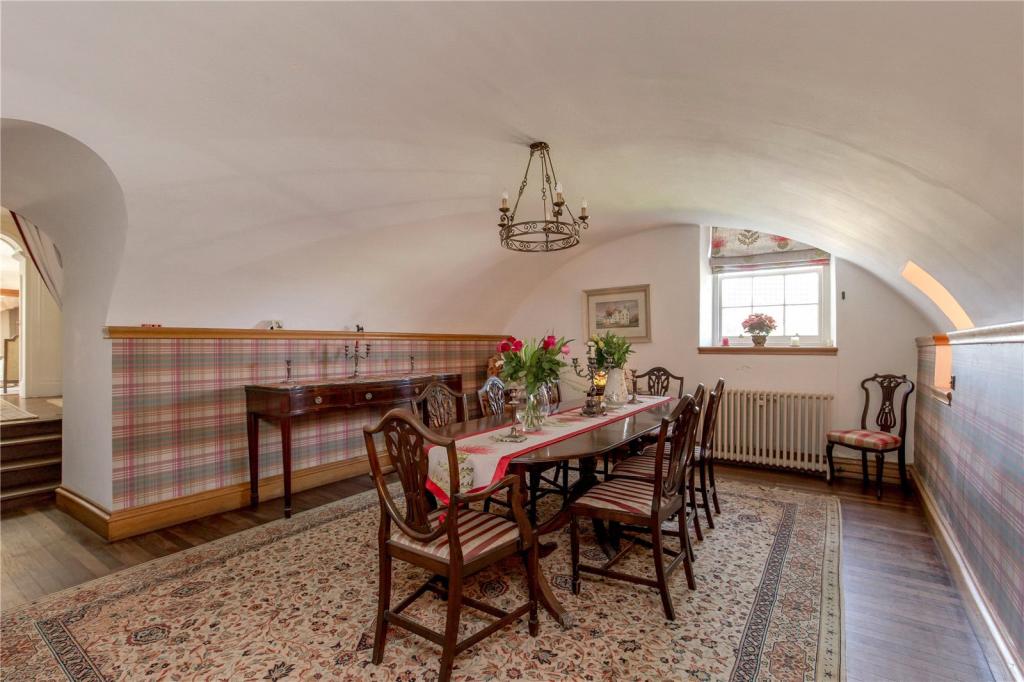 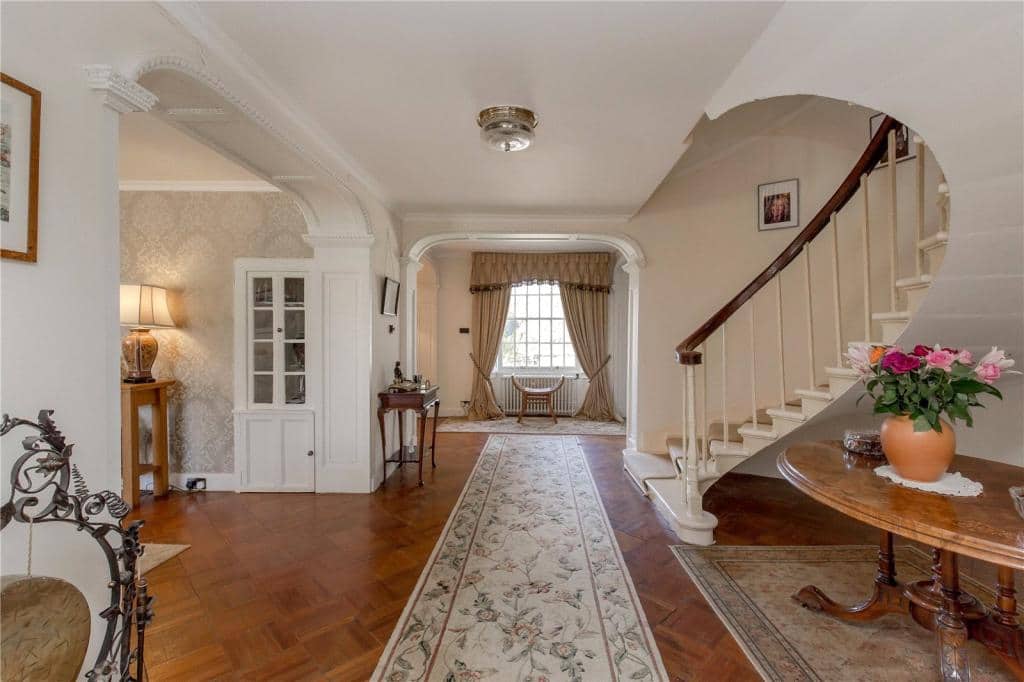 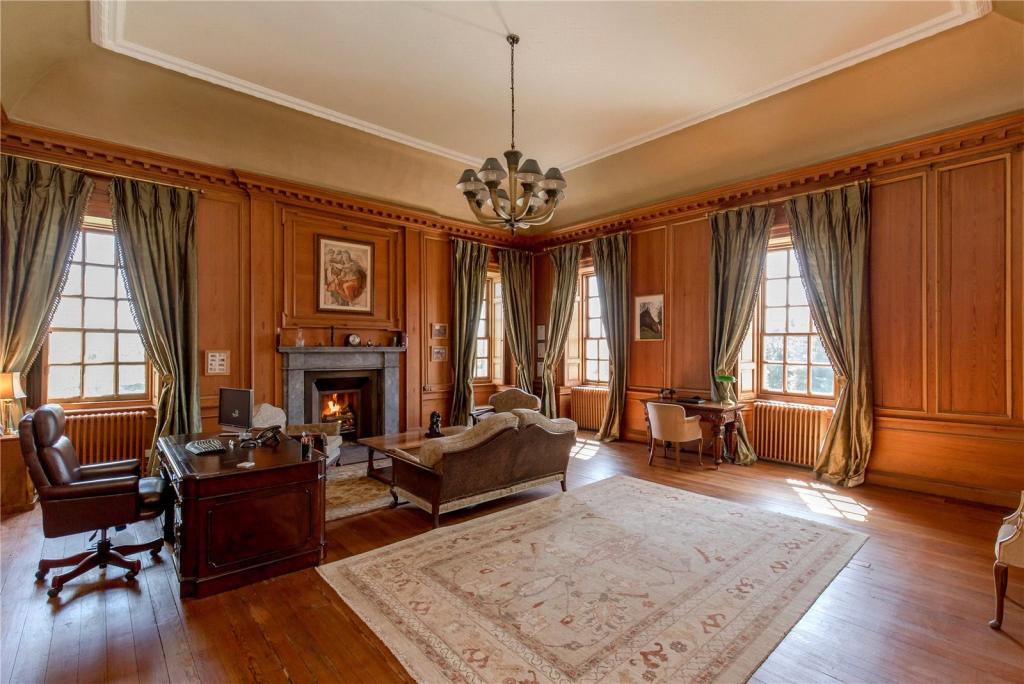 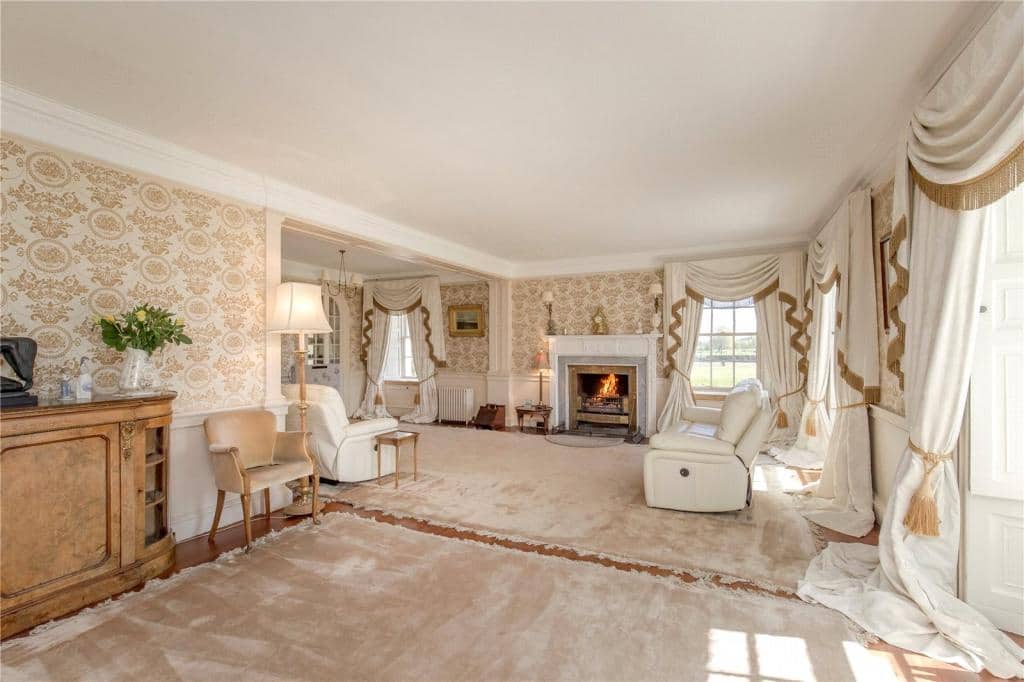 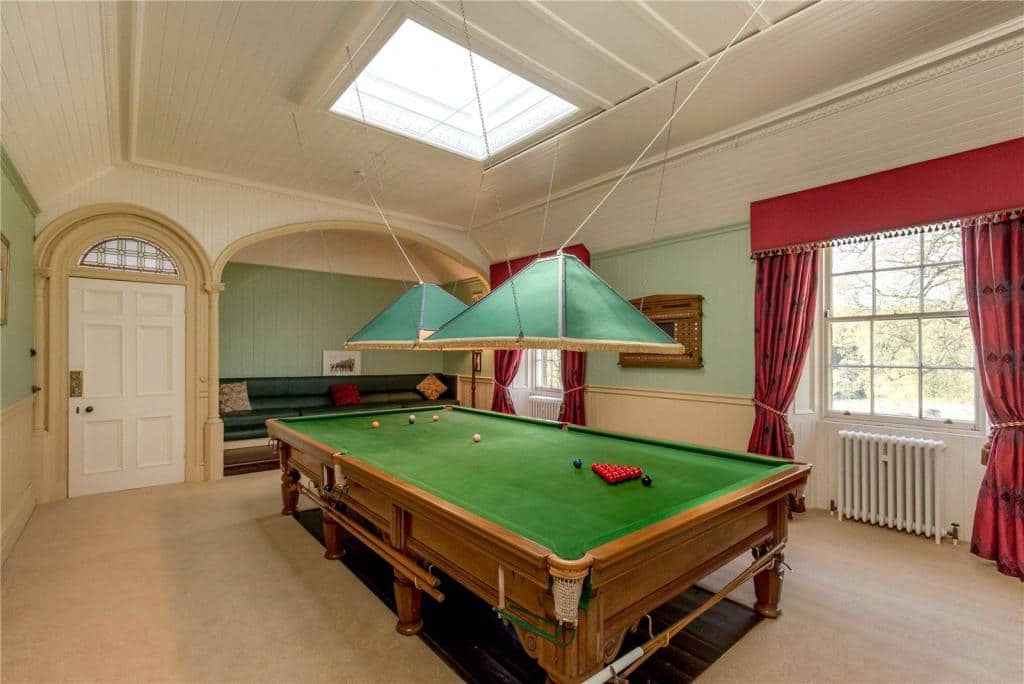 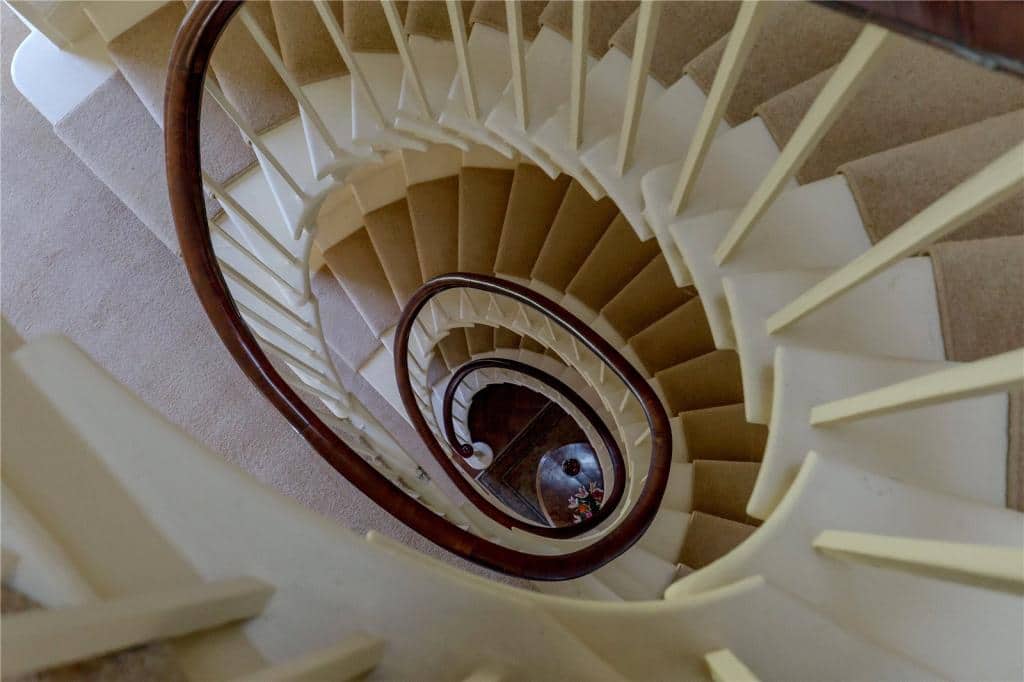 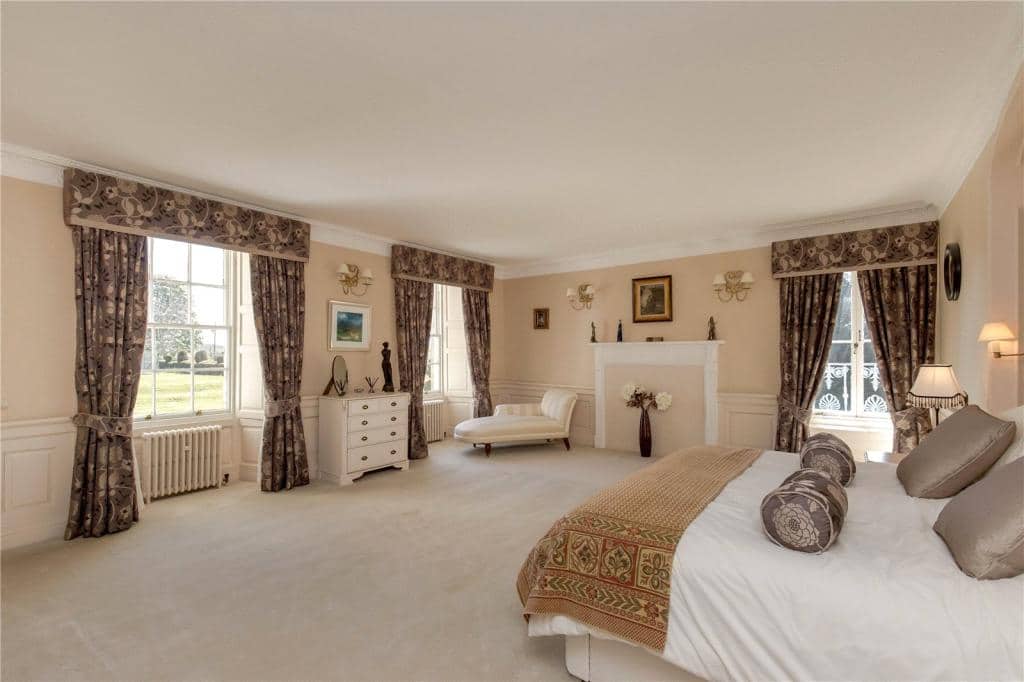 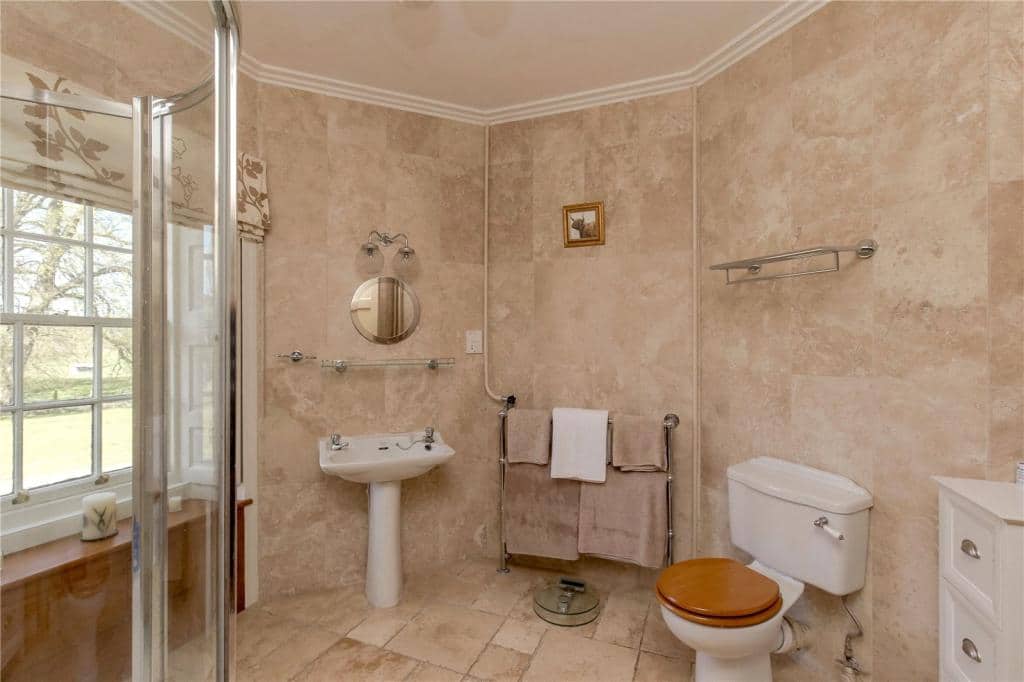 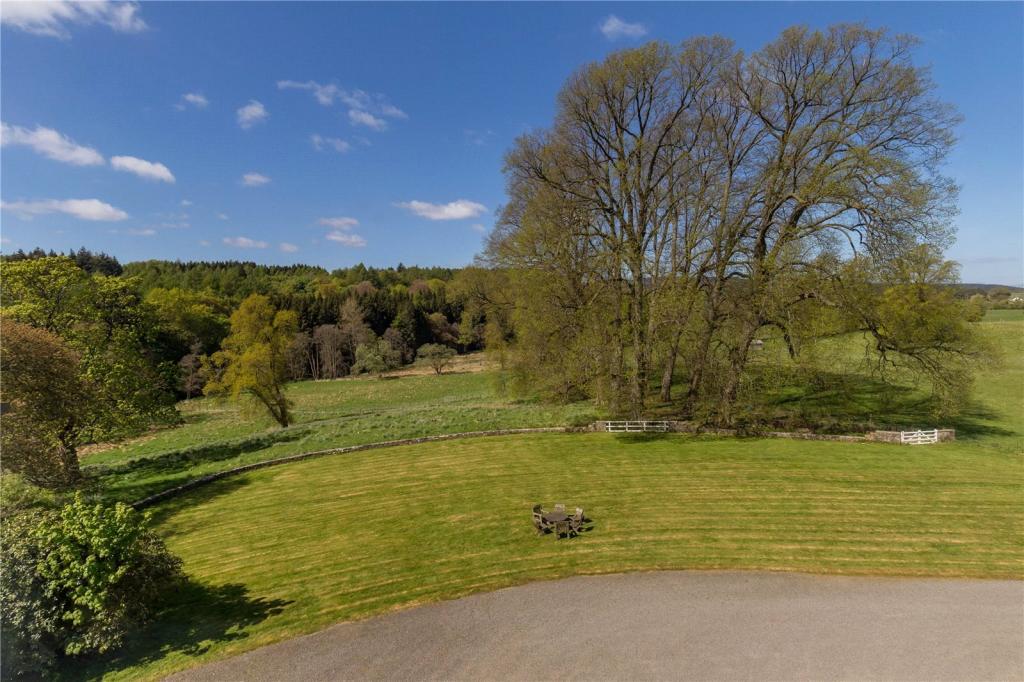 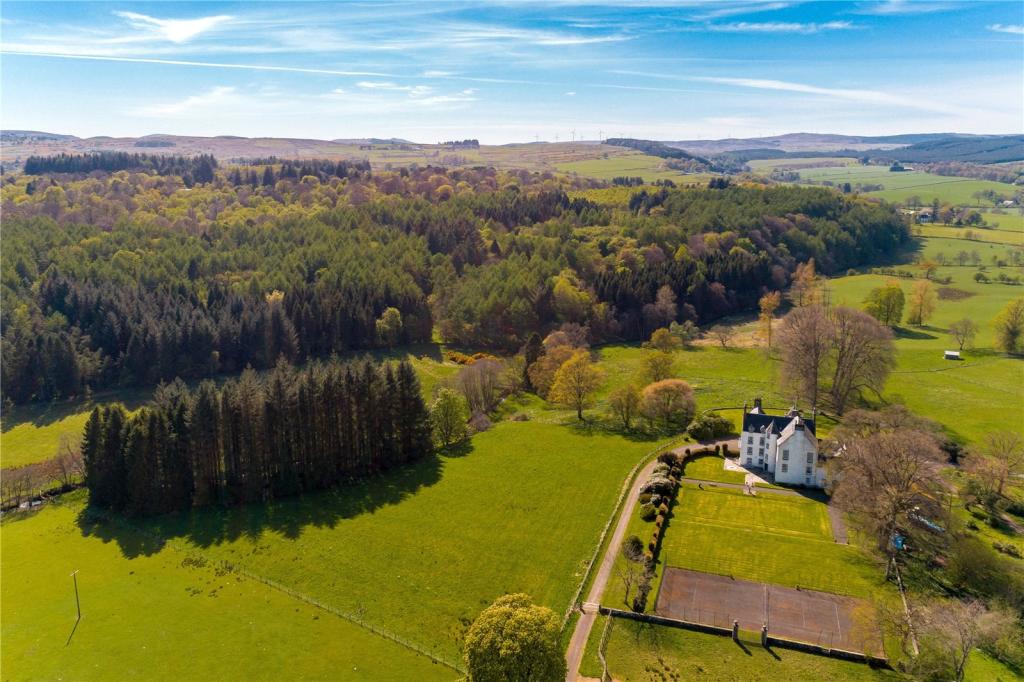 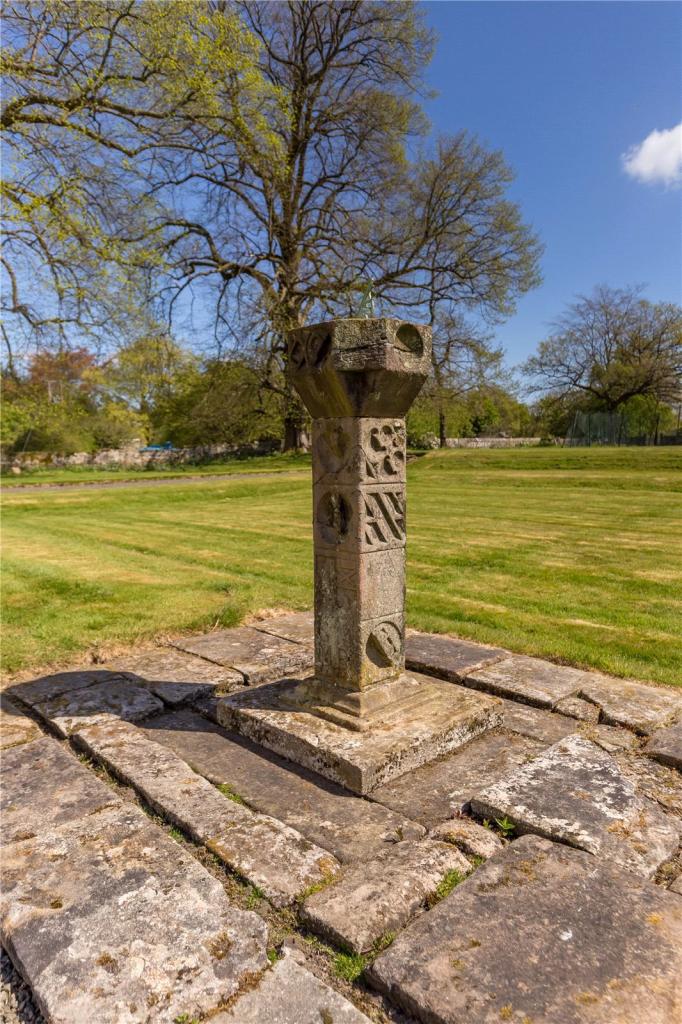 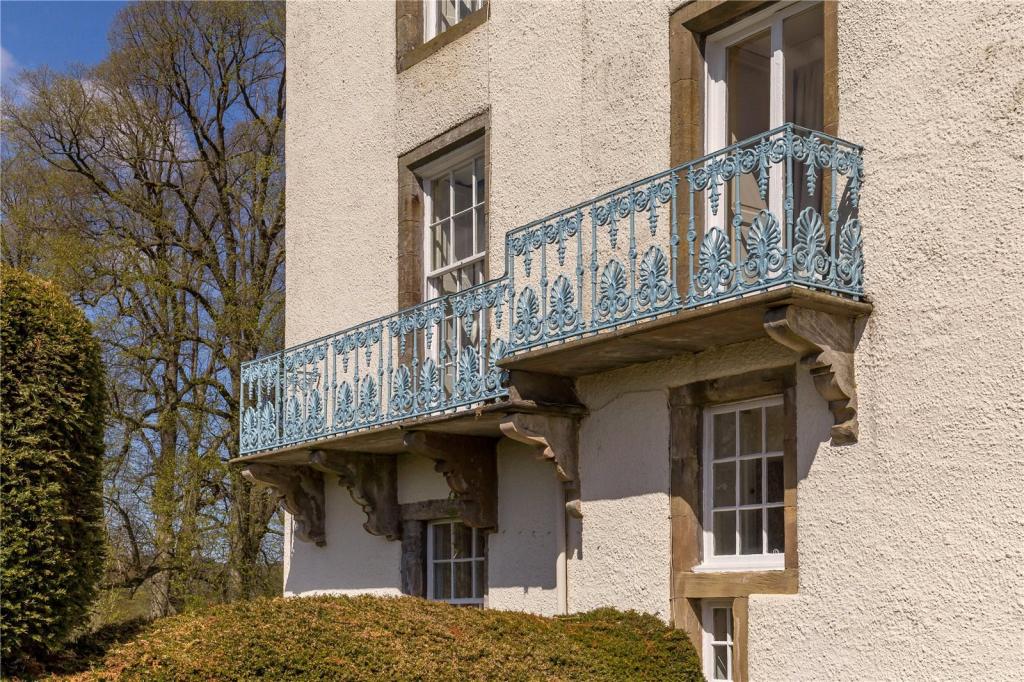 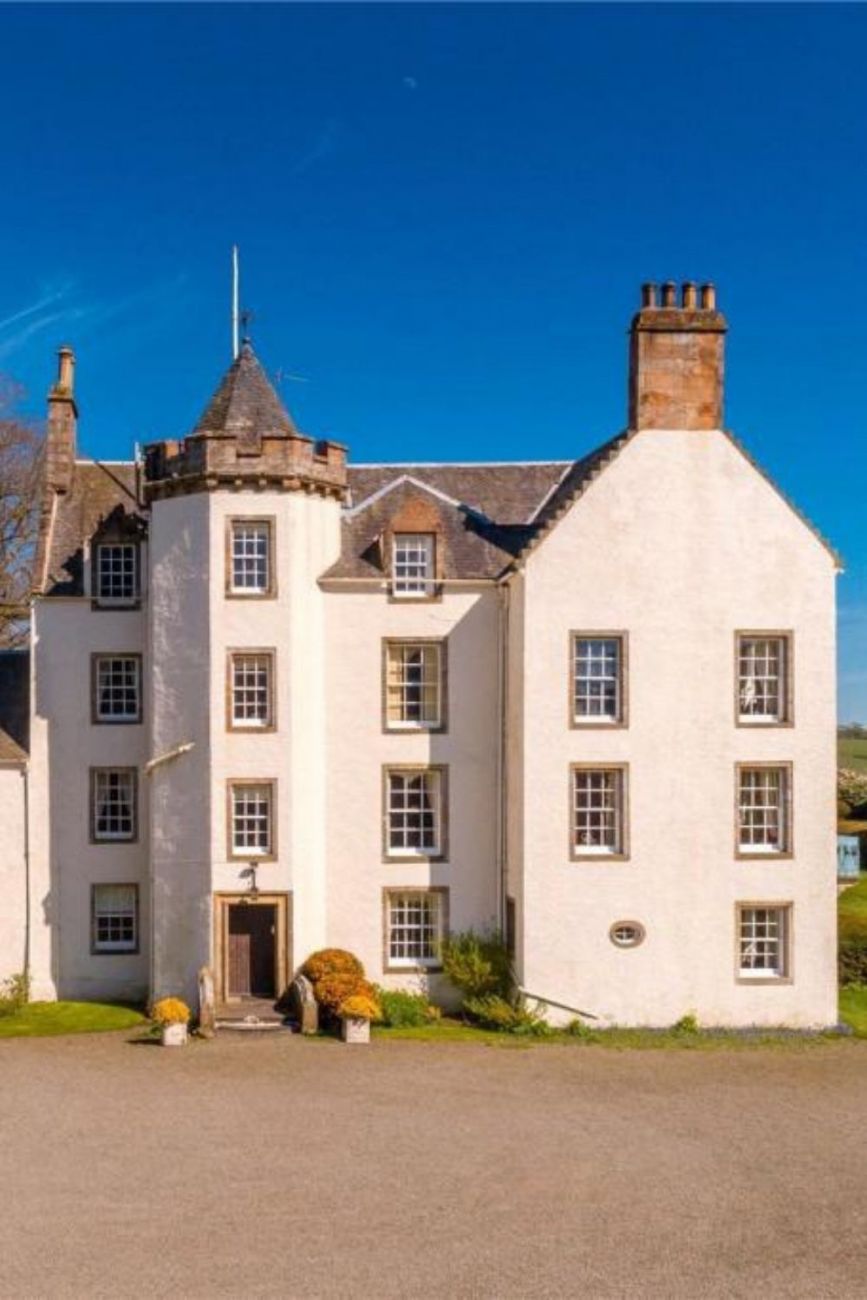 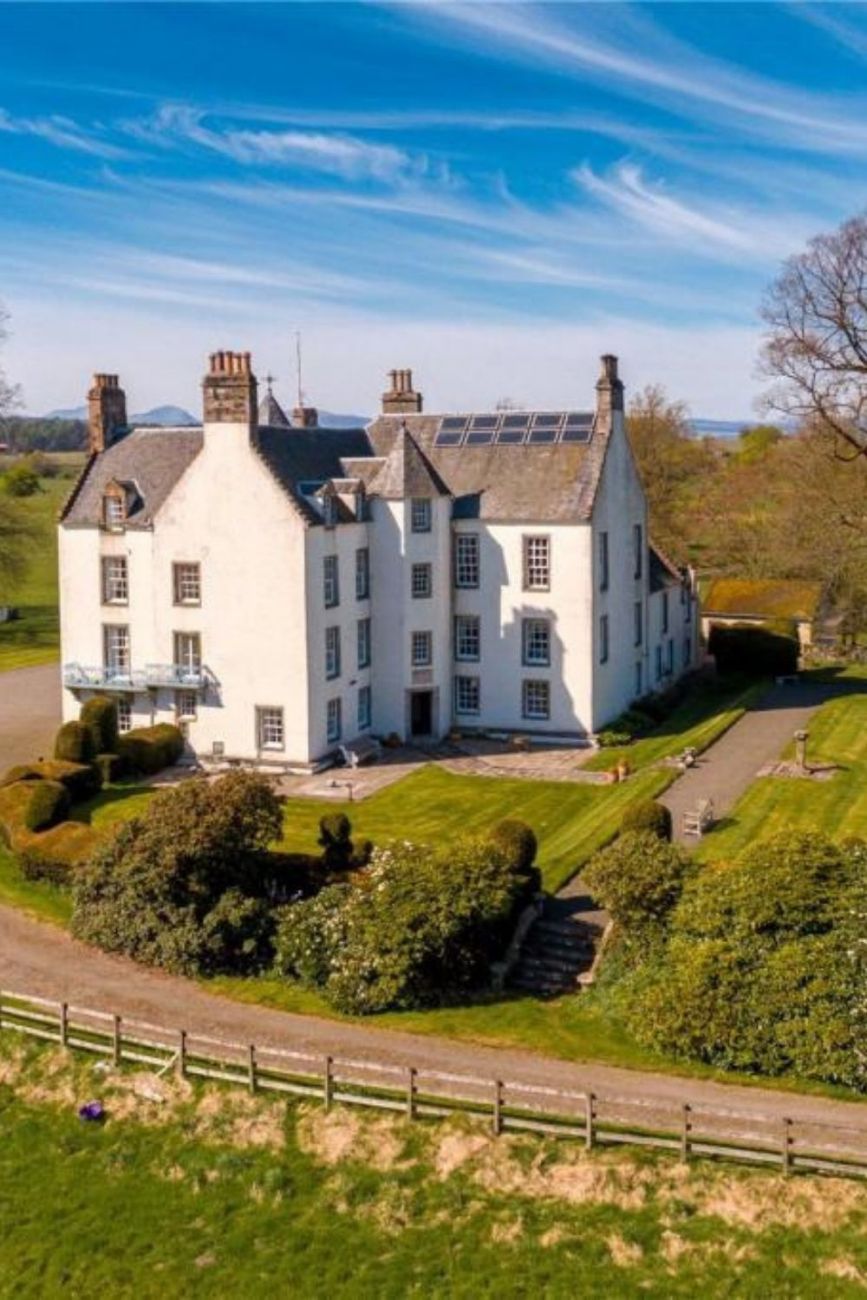 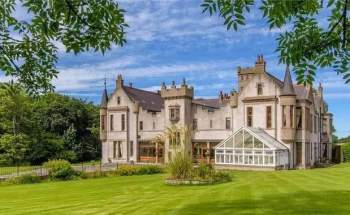 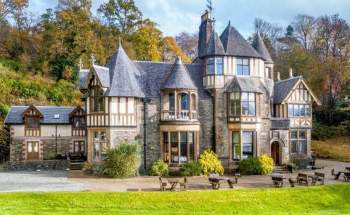 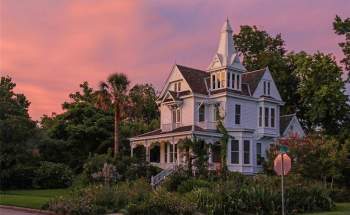 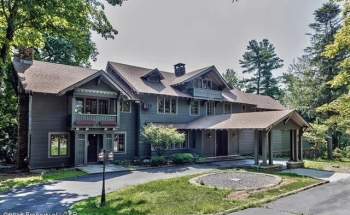 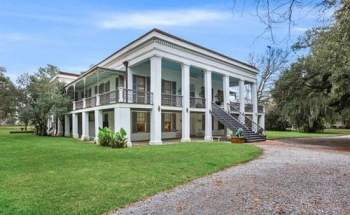 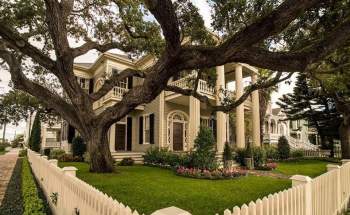