About This 1892 Queen Anne Victorian In Portland Oregon

The Poulsen House is a breathtaking example of the Pacific Northwest’s take on the Queen Anne style, and one of Portland’s longest standing landmarks. Constructed in 1892 by Portland lumber pioneer, Johan Poulsen, the home towers above the city and offers a one of a kind panoramic view from it’s iconic turret. Being the fastidious lumber man he was, Johan Poulsen ensured his home was built from the finest available lumber of the time.

We are the beneficiaries of Johan Poulsen’s hard work. The craftsmanship and attention to detail invested into the Poulsen House is remarkable, and very few structures in the Portland area could hope to compare. The Poulsen House is truly the embodiment of the phrase “they don’t make them like they used to.”

It is said that at the end of the nearly two years it took to construct the 1892 Queen Anne Victorian For Sale In Portland Oregon, Dora Poulsen, Johan’s wife, simply did not like the home, and refused to live in it. Although Johan Poulsen never had the privilege to call the house that bares his namesake home, some very interesting people have. Arguably the most fascinating occupant of the house was A.A. Hoover, also known as the “Doughnut King.” Hoover made his fortune selling doughnuts all over Portland, and purchased the Poulsen House in 1919. For the duration of his ownership, the Poulsen House was known affectionately by many as “The King’s Castle.” A well suited nickname.

Robert D. Inman, Poulsen’s business partner, liked the house so much that he erected a virtually identical home across the street from the Poulsen House. Unfortunately, Inman’s house was razed to make way for new construction in the late 1950s.

After nearly 90 years, and various owners, the home was added to the National Register of Historic Places in 1977. A year later a grant of $21,000 was awarded to James Nevin to restore the home to its original state.

The majestic “beeswax yellow” mansion has been a fixture of the Willamette shoreline and a gateway to the Brooklyn neighborhood for 125 years. The Poulsen House is a true Portland landmark in every sense of the word. 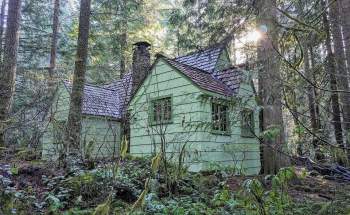 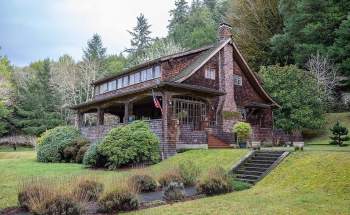 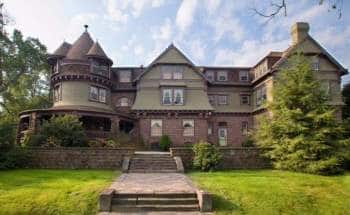 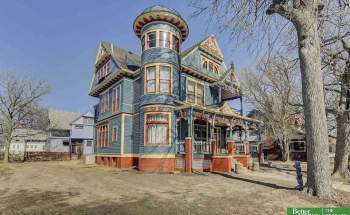 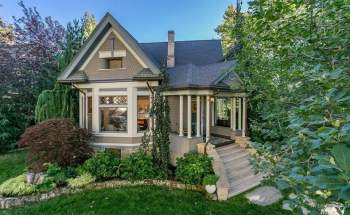 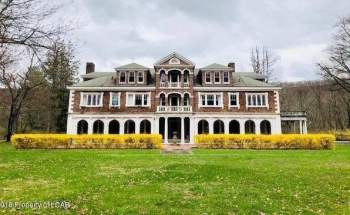 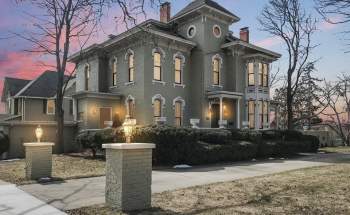